What are the differences between proxy and VPN?

VPN: usually refers to virtual private networks. A private virtual network provides the following functions: A private network is created on the public network to encrypt communications. It is widely used in enterprise networking. The VPN gateway encrypts the packets and translates the destination address of the packets to implement remote access. There are many methods to classify VPN, mainly according to protocol. VPN implementation methods include server, hardware, software, etc. VPN has the characteristics of low cost and easy to use. A VPN is defined as the establishment of temporary, secure connections over a public network (usually the Internet), that is, the implementation of secure and stable tunnels in a chaotic public network. A VPN uses technologies such as tunneling, encryption and decryption, key management, and user and device identity authentication.

The difference between IP proxy software and VPN.

1. Scope of routed traffic -- Unlike a proxy that routes traffic through a Web browser, a VPN carries the entire traffic. These include games, apps, OS updates, chat, and more.

2. True anonymity -- The best VPN service providers have very strict no-logging policies. That means no one can find your IP or track your online behavior.

3. Geographically limited content is more accessible -- VPN service providers can offer a wide network of servers across the globe over VPNS. The user can simply switch to what you want.

The final protection is achieved by encryption, and VPN provides the ultimate protection through encryption. End-to-end traffic encryption makes it impossible for third parties to use all data, even when using public Wi-Fi, to browse securely. Therefore, VPN is a perfect solution for mobile phone security. 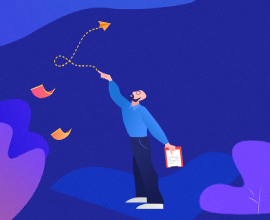